Married at First Sight Australia Season 6: Where are they now?

It would’ve been a miracle for all the couples to stay together after the show, but some have actually made it. And there’s even some babies!

This is what the Married at First Sight Australia Season 6 cast is up to now:

Okay so Cameron and Jules genuinely made me believe love and first sight actually exists. I feel myself getting a bit teary thinking about them sat in that waterfall and dancing to no music at their wedding. True love!

But are Cameron and Jules from Married at First Sight still together? 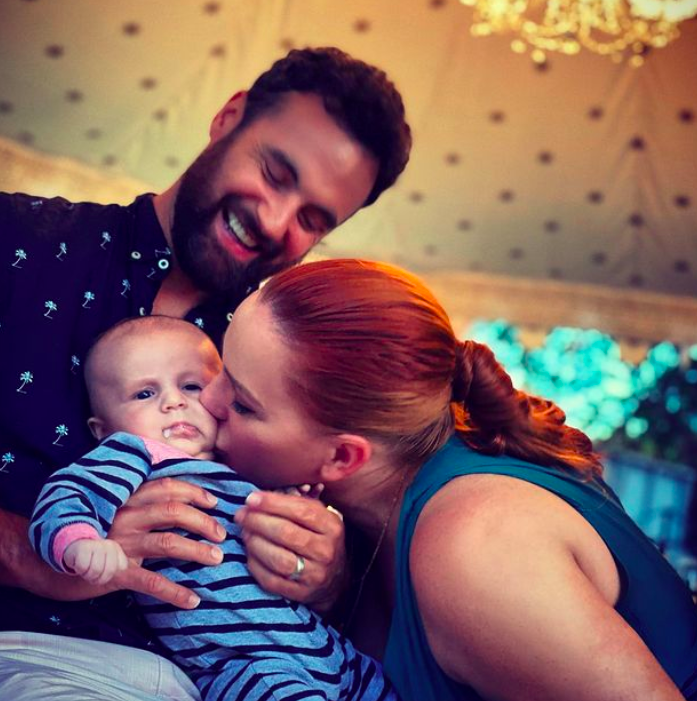 The good news is YES, and they’ve had a baby!!! My heart!

On the show, Jules made it clear she wanted to be a mum and that it was important the man she was marrying also wanted children. Now they have one!! Jules gave birth to their son Oliver in October 2020. 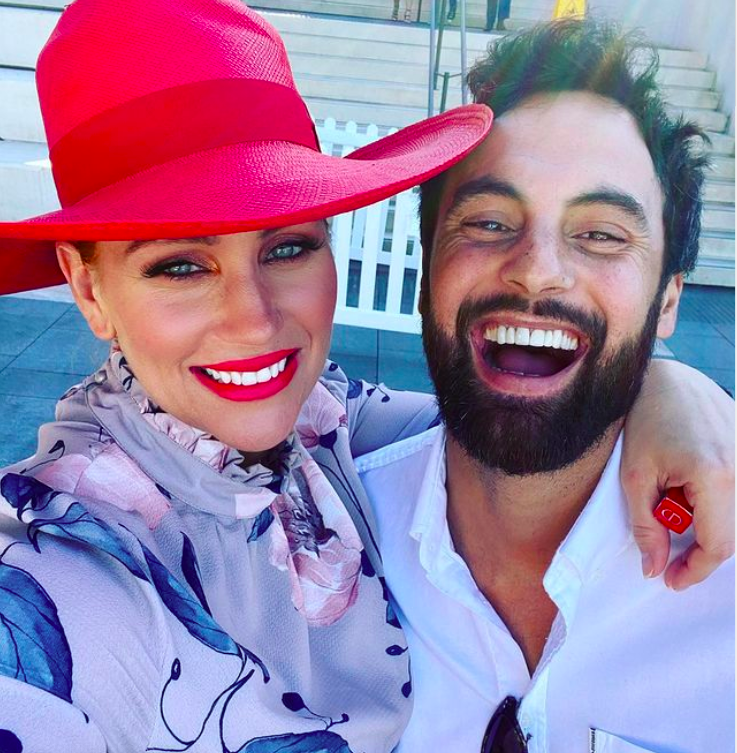 During her pregnancy, Jules said: “Once it was all confirmed, I bawled out of pure joy and happiness. To create a baby with the man you love, there is no greater gift, and Cam will be one incredible father.”

The couple got properly married after the show in November 2019.

Lauren and Matthew from Married at First Sight Australia were giving me the same vibes as Jules and Cameron – they seemed perfect for one another and it was like witnessing true love in ACTION.

But it wasn’t meant to be. Matthew revealed to the other grooms he didn’t find Lauren attractive during a dinner party, and Lauren overheard. They had a big bust up. Marriage over.

Lauren told 9Honey Celebrity: “Matt had never told me he wasn’t attracted to me before and I was really hurt too. I felt that he really betrayed me, especially because I had always been by his side and respectful of him in social settings.”

So where are Lauren and Matthew from Married at First Sight Australia now? 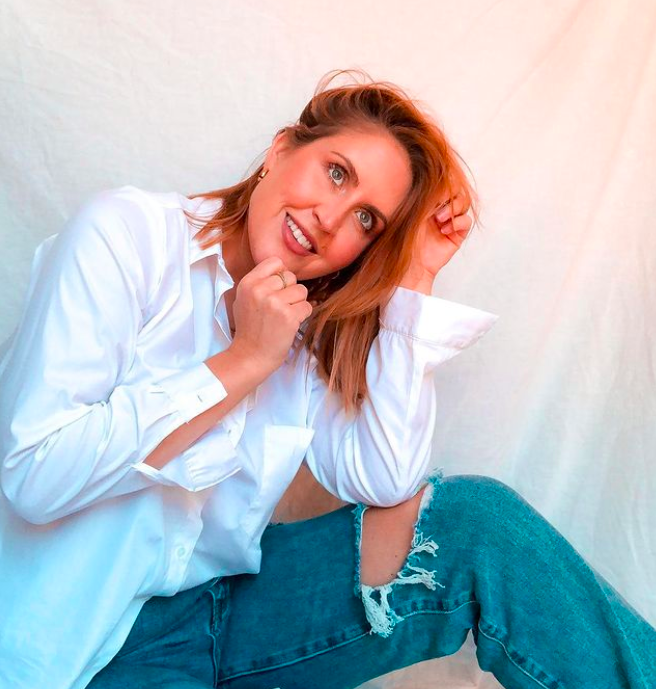 Lauren is still a make up artist, and she’s gone from being bright blonde to ginger-red. There’s no news as to whether Lauren is dating anyone, so we can presume she’s single after breaking up with Matthew.

Matthew on the other hand has bagged himself a new girlfriend. She’s called Annabel, and they met soon after the series ended. Matt told The Sun: “For the very first time in my life I’m excited for what the future holds.”

Matthew’s Instagram is basically just pics of him and Annabel. Definitely no longer ‘virgin-Matt’.

Like Cameron and Jules, we met Cyrell and Nic in the first episode. But despite having a successful honeymoon and Nic convincing Cyrell’s brother he was a good bloke at the wedding, the relationship wasn’t destined to last.

Cyrell is now dating Eden Dally from Love Island Australia Season 1 and they have a child together. 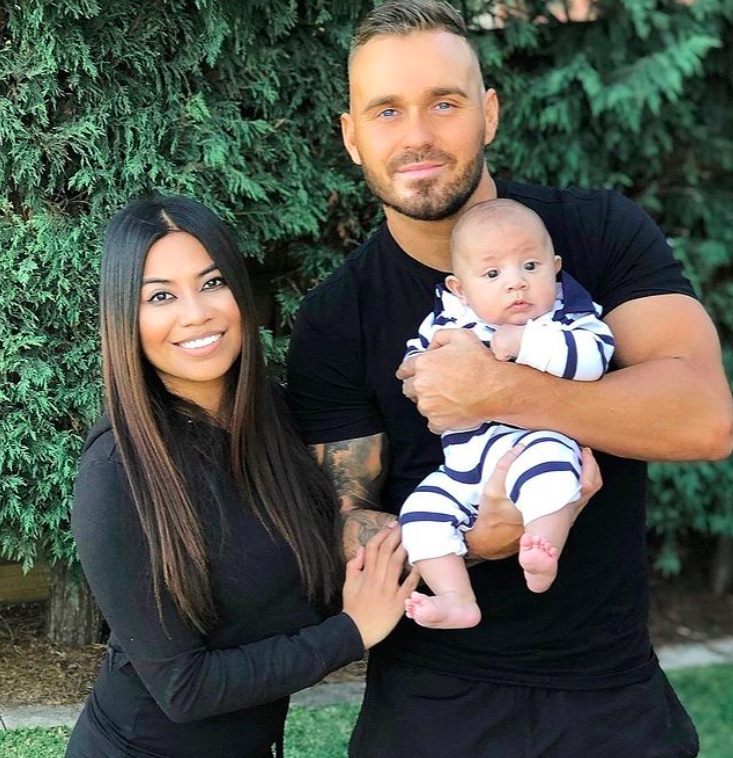 Cyrell met Eden at Jules’ birthday party (how do Eden and Jules know each other someone pls?). Cyrell told Now to Love: “[There was a] rocky start I’ll admit but you always end up falling for the ones you least expect and you find happiness when you’re not even looking for it.

“When I met him at Jules’ birthday, I gotta tell you, I so did not like him. But we kept on hanging out after that and he sort of grew on me slowly and I’m like, he’s actually okay!”

After the show, Nic became an influencer like all good reality TV stars do. His feed became a safe space of work out vids and crisps advertisements. 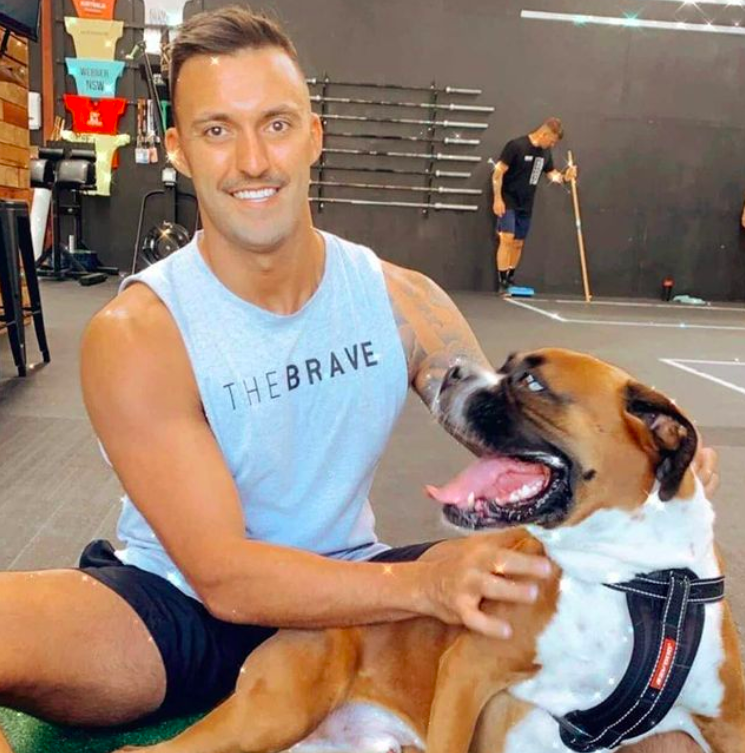 Nic shared his cancer story on Married at First Sight, and unfortunately during filming the cancer came back. Nic had a teste removed and went through another cycle of chemotherapy. Nic told The Sun: “It was such a huge blow for me when I found out I had been diagnosed with testicular cancer for a second time. We were currently filming the final dinner party and it was a weird feeling, knowing that in the next few days I was going in for surgery to finally beat it.” 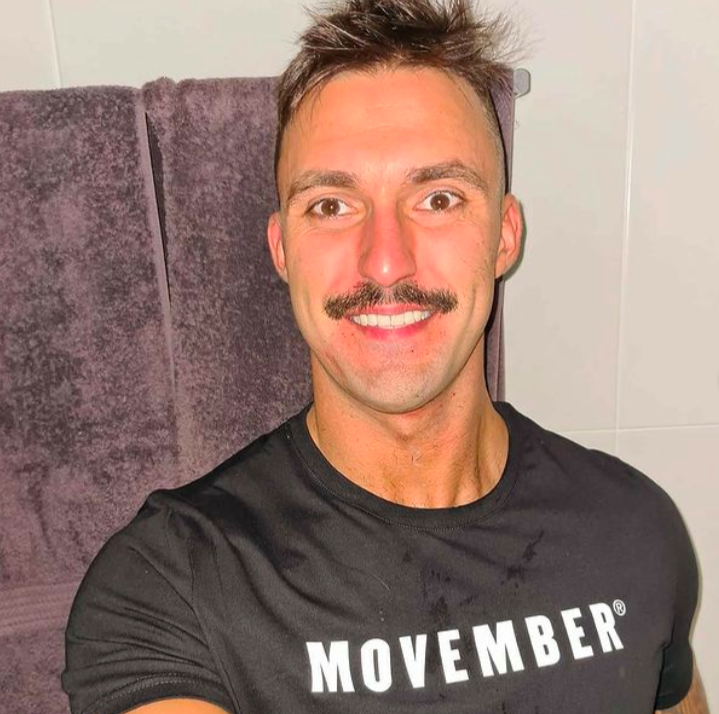 Nic now works with cancer charities, such as The Cancer Council and Movember Foundation.

Good news! Michael and Martha are still together. Like Jules and Cameron, they’ve come out the other side and made it work. And someone needs to say it – these two have had an influencer glow-up and just wow, Google how do I look like these two??? 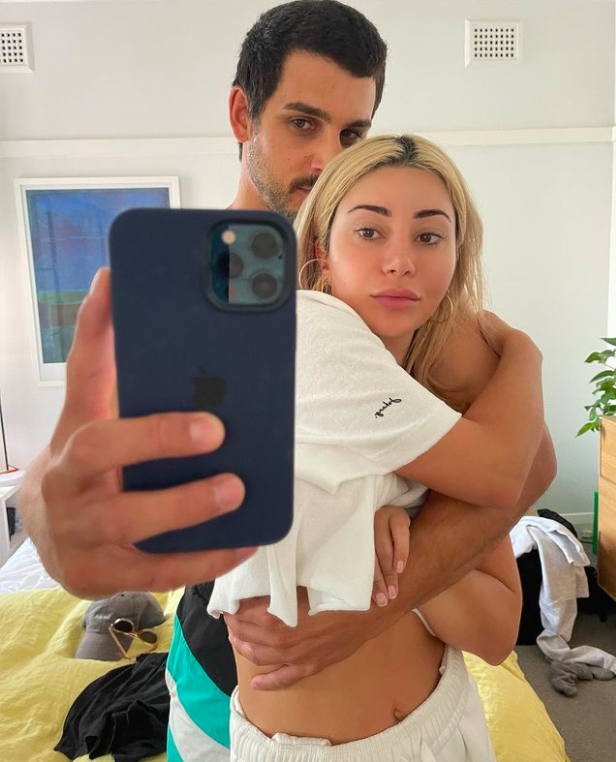 Martha has been filming Celebrity Apprentice, and honestly she has the most aesthetic Instagram out of all the Married at First Sight cast members. 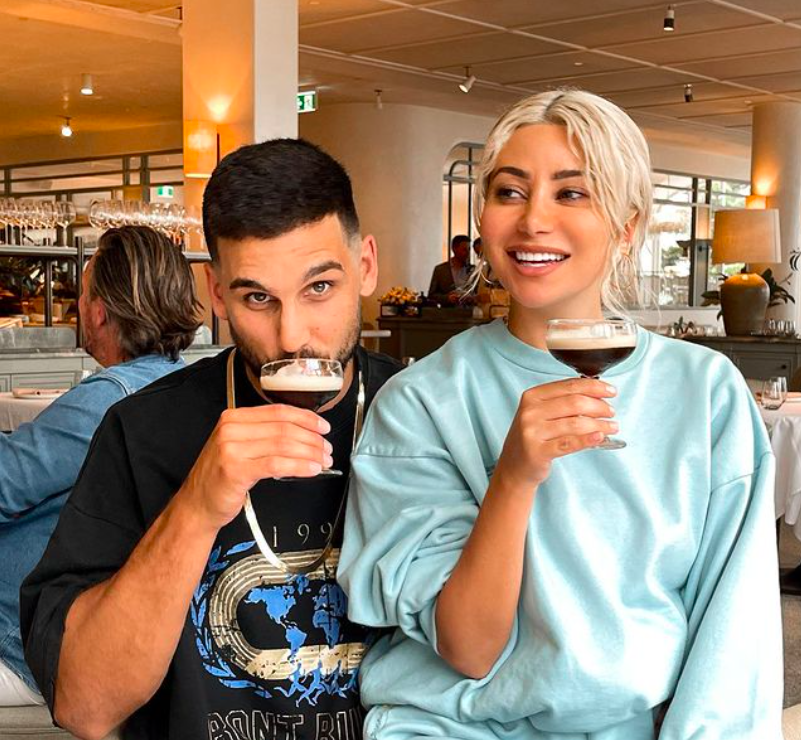 She’s also got the best spon-con deals, working with PrettyLittleThing and Olay. 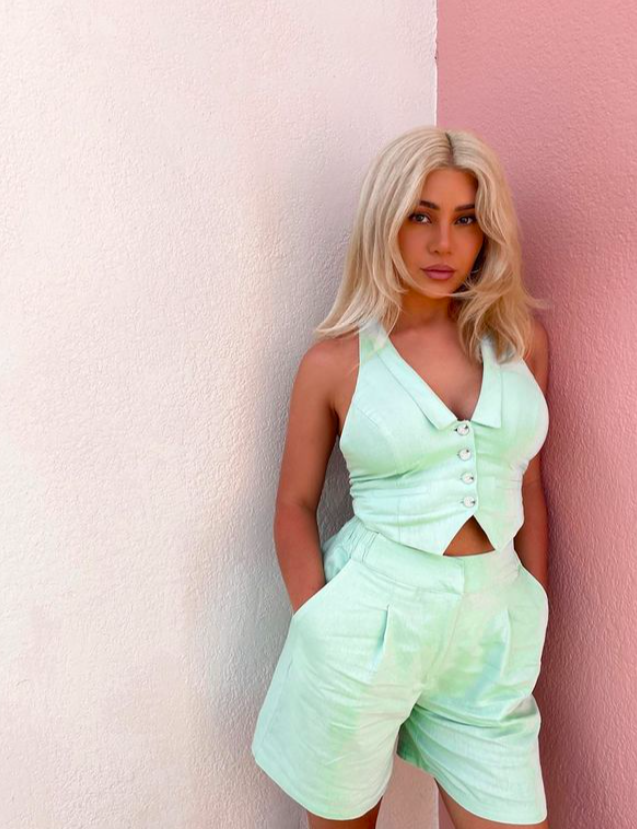 Michael labels himself as an ‘Online PT’ on his Insta. He’s got just shy of 200k followers, and looks absolutely stunning with his new shaved-head look. Great job both !!!!

The couple live together in Bondi.

Jessika and Mick were a terrible match. Why the experts thought they’d make a good husband and wife is baffling. And even Jessika’s mates thought so when they loudly said “she won’t like him” at the wedding.

So it’ll come as no surprise that the pair aren’t still together. In fact, Jessika ended up hooking up with Dan from Married at First Sight in secret during the show. The scandal! Dan and Jessika coupled up together, forcing Mick and Tamara Joy off the show. 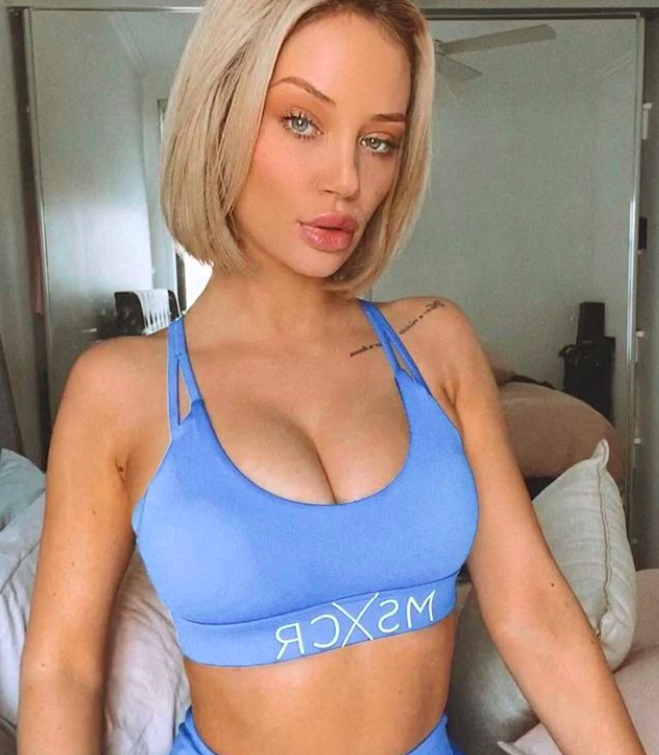 Jessika and Dan’s relationship didn’t last beyond the show. Jessika is still single, and is now an influencer. She posts an eclectic range of spon-con, including vibrators, workout gear and supplements to her 230,000 Insta followers.

Mick on the other hand has a bit more success in love, and like Cyrell has found  love in a fellow Aussie reality TV star. Mick is dating Kayla Gray, who was on The Batchelor. 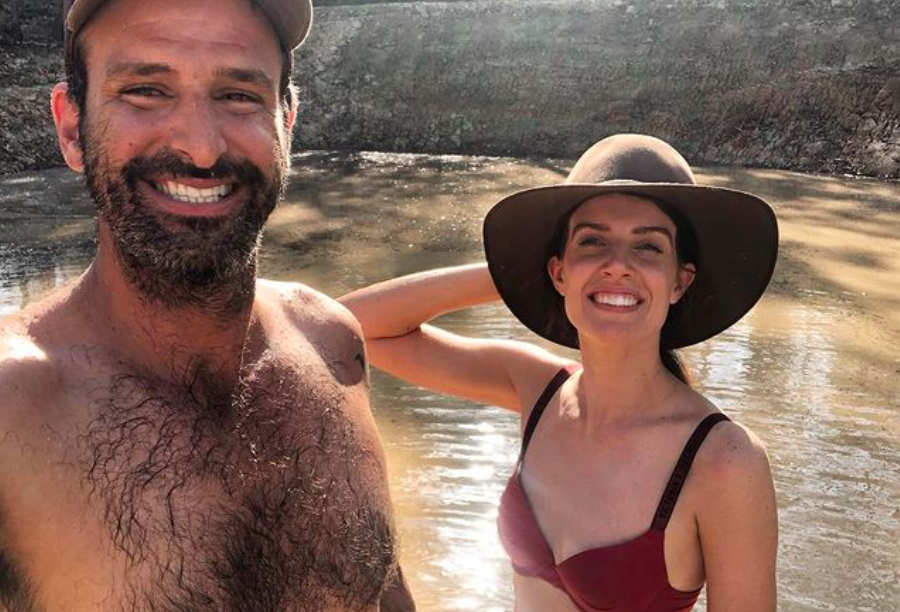 Kayla has moved into Mick’s farm, and Mick has called Kayla his “soulmate”, and they’ve even discussed having children together. Cute!

This felt like another odd match. Melissa, who hadn’t dated anyone for eight years, was definitely extroverted in comparison to new husband Dino, who was much more introverted and spiritual.

Obviously these two didn’t last. Dino genuinely made a go of it, but Melissa was caught out by Dino slagging off the relationship on the phone to her sister, where she said she had nothing in common with him. Savage. 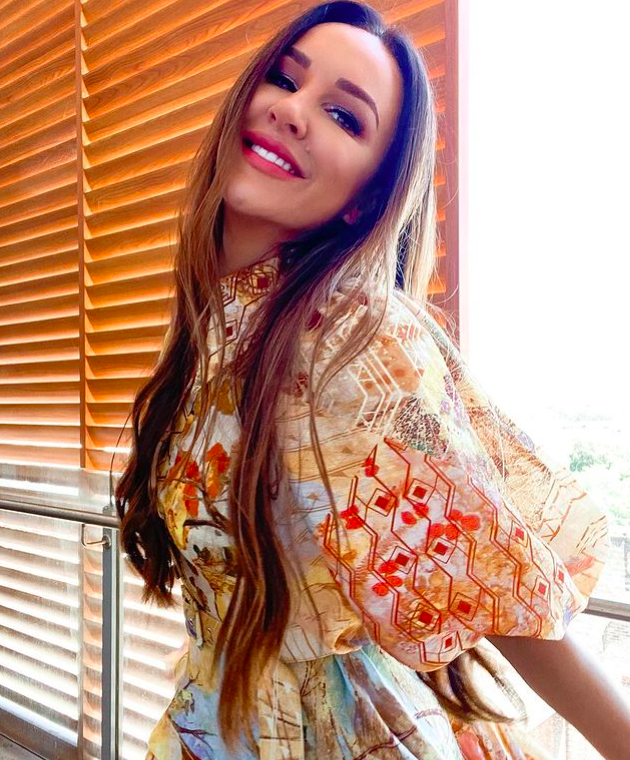 Melissa is still single and living in Sydney. On Insta she posts spon-con for jewellery brands and skin care. She was even spotted at Boohoo’s office.

Dino has had better luck in love, and allegedly has a new girlfriend. Dino is still big into his meditation, describing himself on Instagram as a “Meditation, Spirituality & Nutrition Coach”. 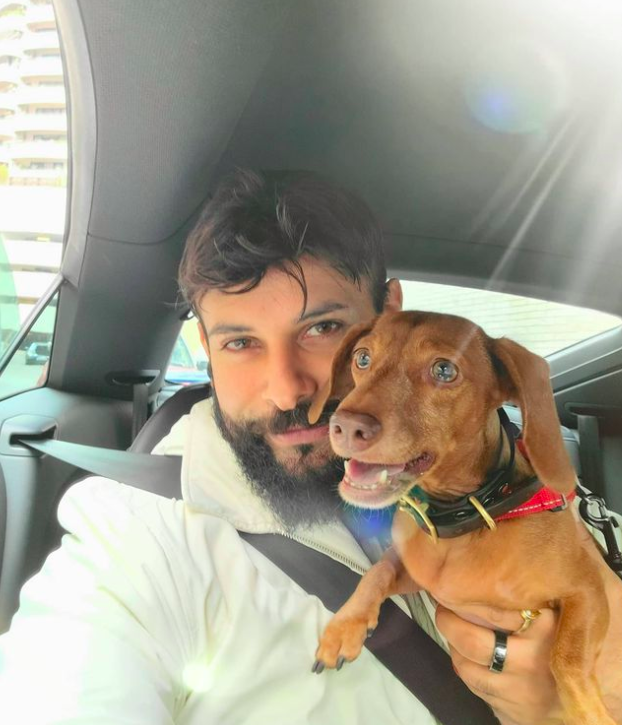 Watching Ning and Mark’s wedding was more excruciating than someone stabbing you repeatedly in the eyes with a needle. She was substituting her nerves for harsh jokes, Mark looked like he was going to cry – and the honeymoon wasn’t much better. Despite trying to make a go of it, Mark ended up binning Ning in the final ceremony. So where are Ning and Mark from Married at First Sight Australia now?

Well the good news is both Ning and Mark have found new relationships. 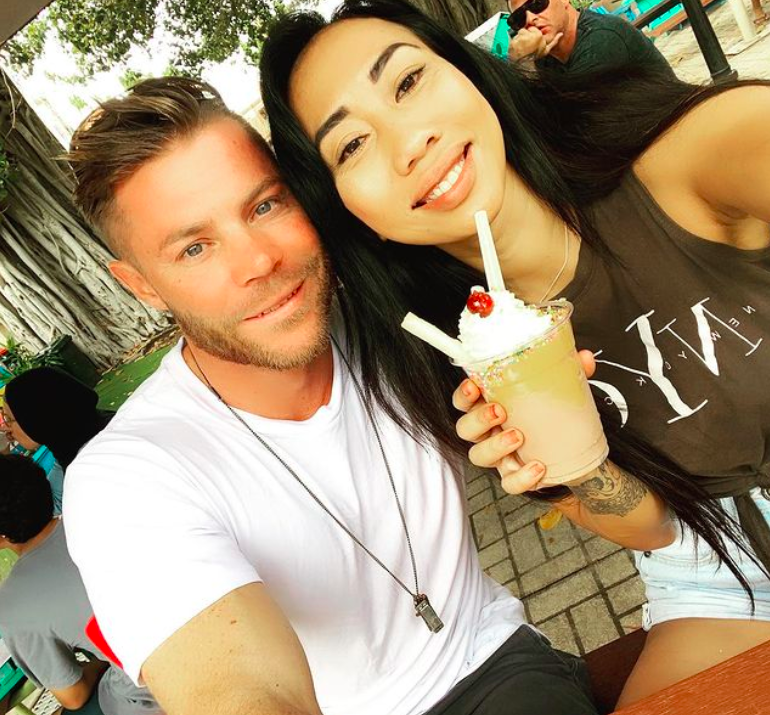 Ning looks super loved up with new boyfriend Kane. It looks like he gets on with her kids too, as he’s regularly featured in family shots on Ning’s Instagram. Ning also posts lots of delicious pics of food and some incredible holiday pics. 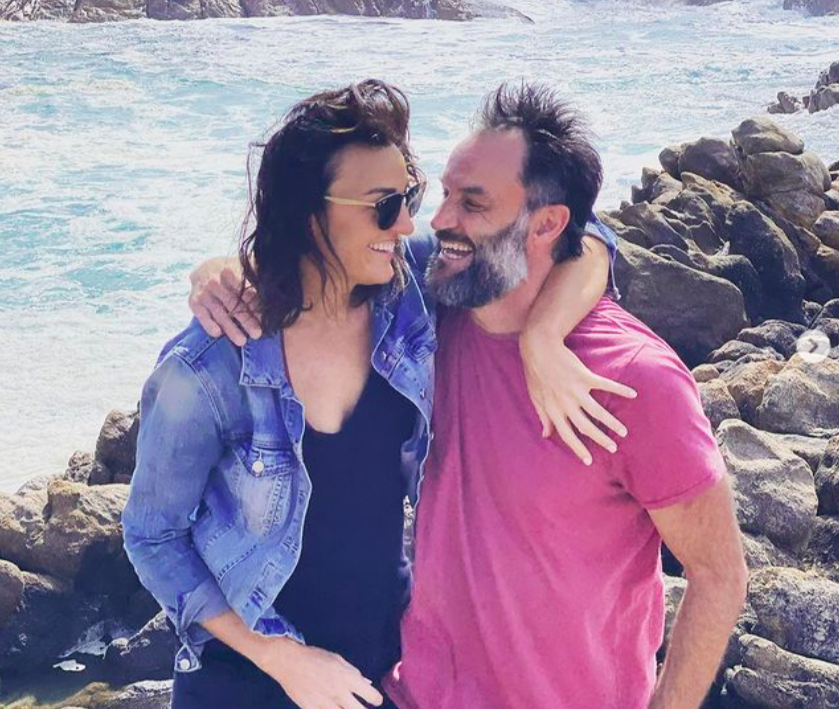 Mark is dating Bianca Chatfield, who is a former Australian netball player. Mark and Bianca post lots of shots of them travelling together. The pair met in 2019, and people first got wind of their relationship when Bianca’s family posted pics of Mark joining their family days out.

Instead of becoming an influencer like many of his fellow co-stars, Mark opened a cafe in Melbourne.

The pair ended up moving in together, but split after a few weeks, with Heidi citing they didn’t share the same values. 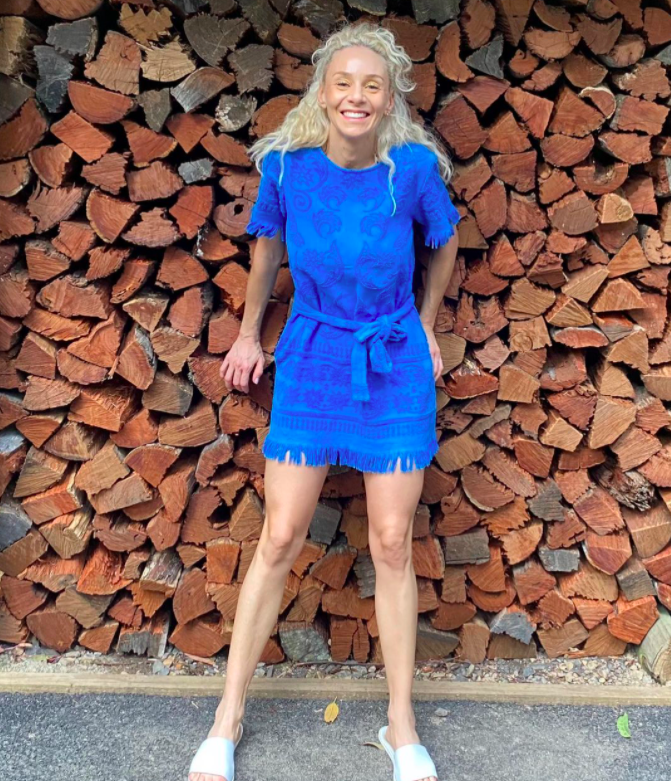 Heidi continues to host her radio show, and is now an ambassador for a charity helping disadvantaged kids. She was also a bridesmaid at Jules and Cameron’s wedding which is just wholesome news.

Mike now works as a hairline tattooist, and since January has decided to go fully vegan. He posts some LinkedIn looking pics on his Insta, and this one is my favourite simply because of the caption’s hashtags: “Photos in pools can be risky. #pool #fun” 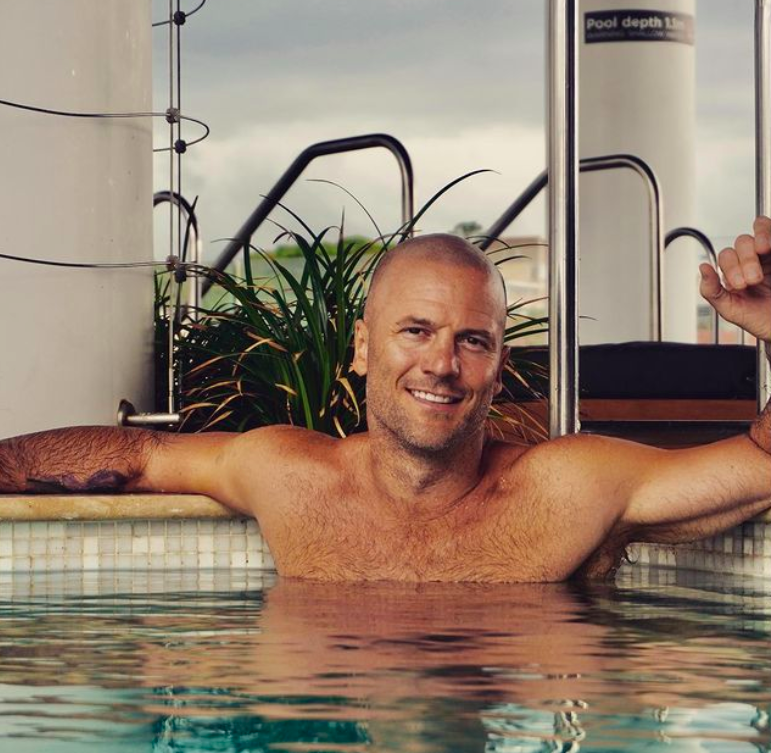 Yeah…which expert put these two together? Were they drunk? Did they forget about them and when the MAFS boss was like “hey expert, who is Sam gonna be with?” they were like “shit ummm Elizabeth?!”

There’s no other explanation. The pair married, and Sam left the next day to go to his ex-girlfriend’s mum’s funeral, so they couldn’t go on their honeymoon.

There were scandalous rumours that Sam and Ines hooked up, something that Sam has denied, claiming it was a set up by the producers. Elizabeth commented: “They would act sweet to my face and then tear me apart behind my back. I think they’re disgusting. He’s clearly not there to find love, and it’s disheartening.” 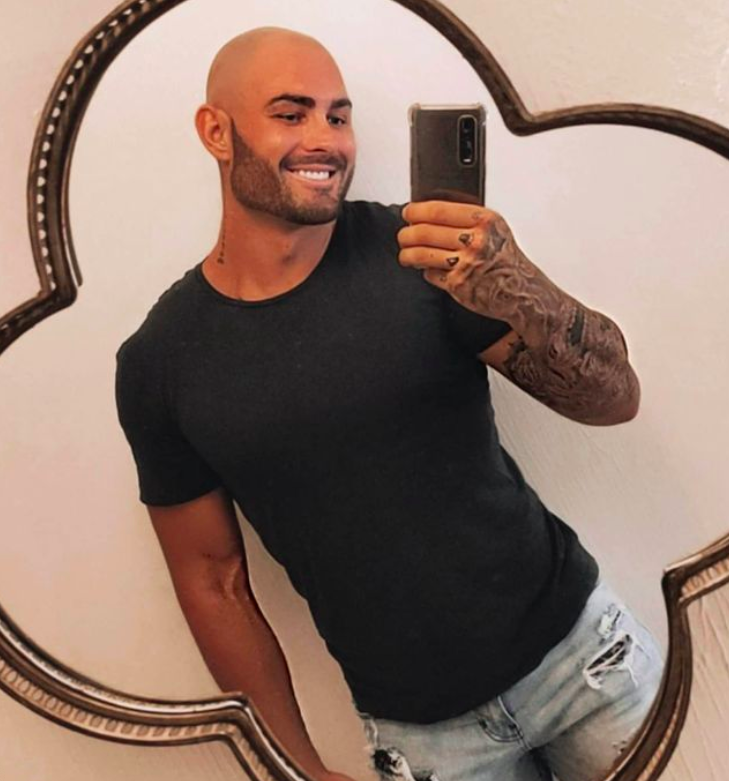 Sam quit social media after the backlash, but returned showcasing his new bald head. It truly is a tragedy that he would waste such lovely brunette locks like that.

According to the Daily Mail, Sam joined the army – so maybe that explains the lack of hair. 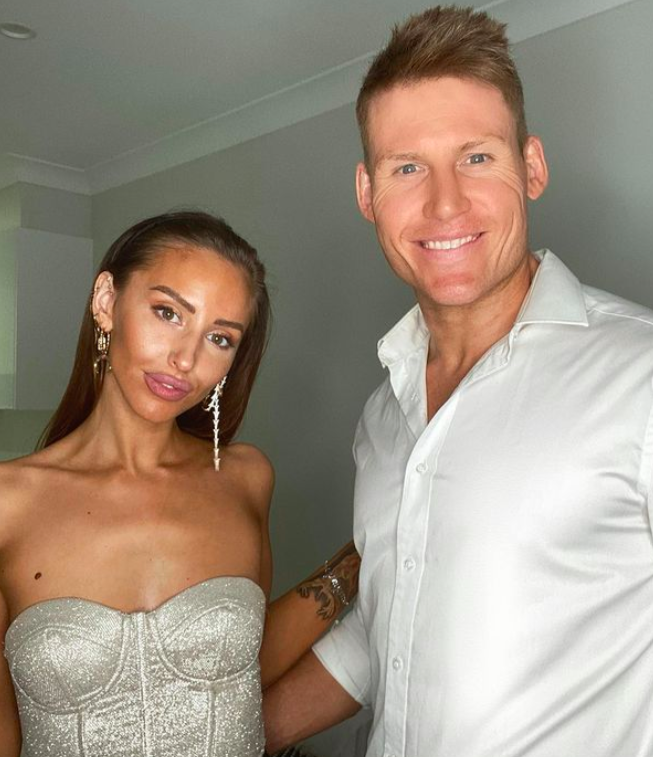 Lizzie was dating Seb Guilhaus, who she met on Married at First Sight Season 7. The pair came in as an ‘intruder’ couple, and ended up staying together. However, the relationship recently ended in January, with Lizzie posting on Instagram: “We have mutually decided to end our relationship as boyfriend and girlfriend. We want to thank everyone for the endless support we have received on our platforms.

“Please be kind and respectful. We are aware you have followed parts of our journey, but please remember we are real people, and we are both navigating our way through this time to the best of our abilities.” 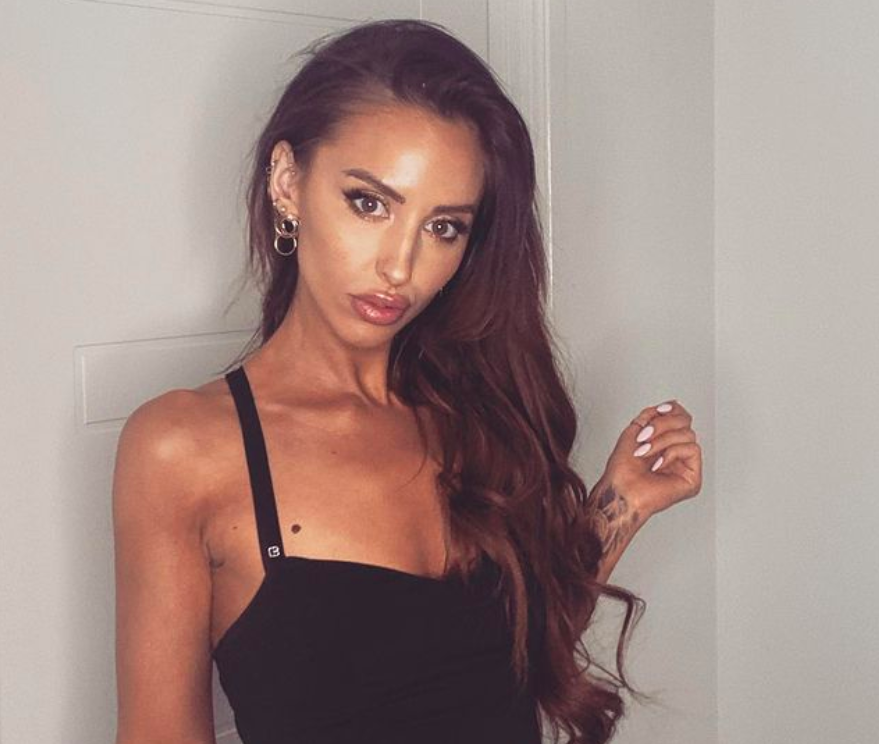 Lizzie has over 300,000 Instagram followers, where she has pretty good spon-con deals with Victoria’s Secret and fake tan companies (of course). She also looks pretty different, with a big make up and hair colour transformation.

Ines and Bronson were never going to work – that much was obvious when they slept in seperate beds on their wedding night.

As previously stated, Ines caused drama when it was rumoured her and Sam were hooking up – something she has denied. 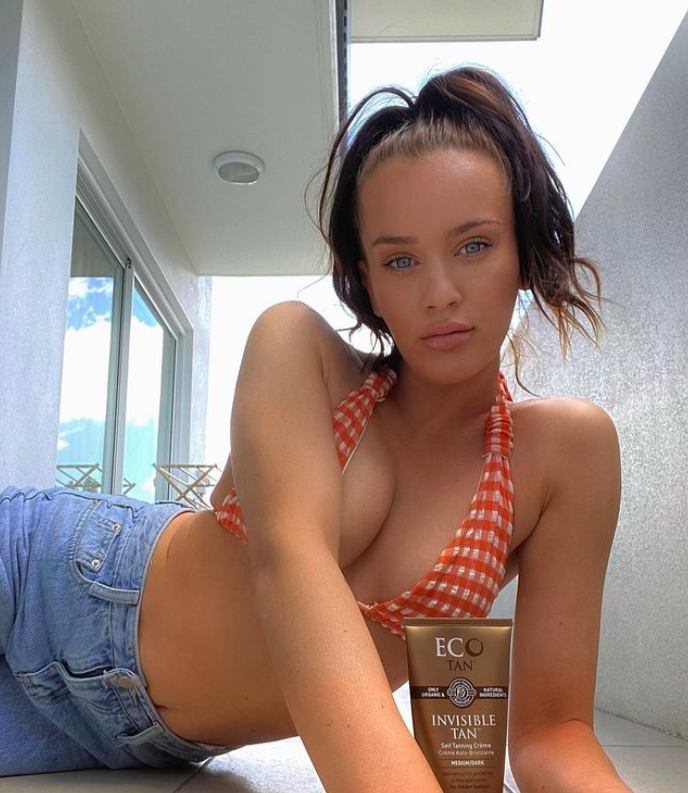 Ines now promotes beauty spon-con on her Insta. It doesn’t look like she’s got a new boyfriend, and her rumoured relationship with Sam didn’t go beyond the show. She is also an ambassador for Bosnian children’s charity. 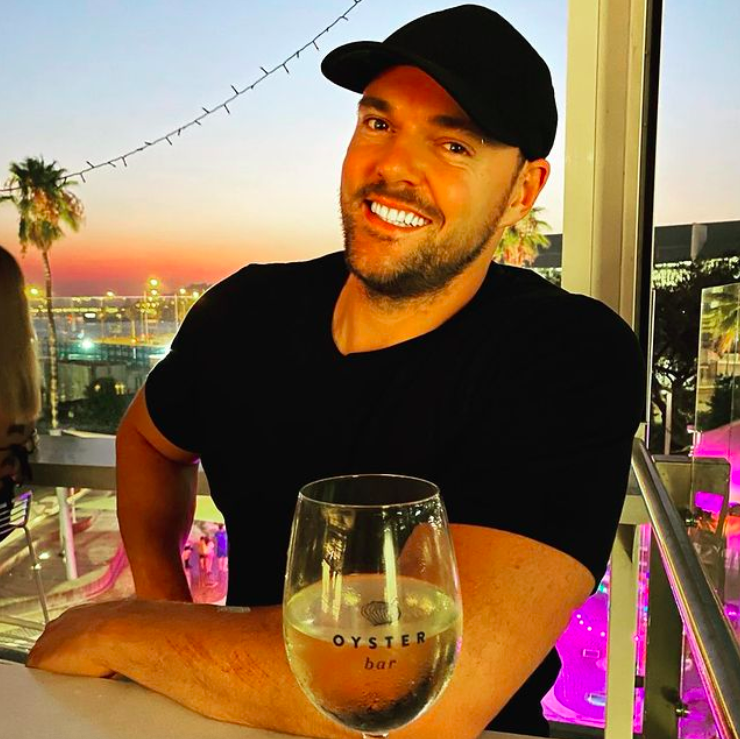 Bronson is still running his party-boat business, and apparently has a new girlfriend called Hayley. However his last post of her was from September 2020.

Unlucky for Tamara, Dan ended up going on dates behind her back with Jessika. Dan and Jessika formed a couple, causing Tamara and Mick to leave the show.

Dan said: “Me and Tam were in a place where the friendship was there. Jess spoke to me at the dinner party a couple of times. I was fighting it. I didn’t want to speak to her because I was attracted to her from day one. We caught up on Monday this week and had a drink together.

“We just talked. We didn’t have sex or anything like that, but we did kiss.” 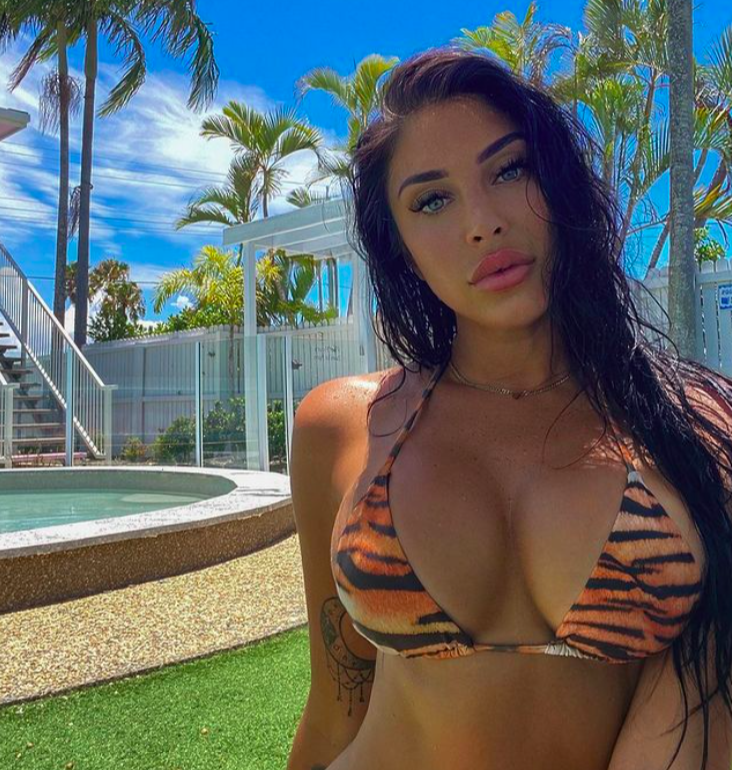 Tamara is still single. And yep, she is also an influencer now. Surprise! 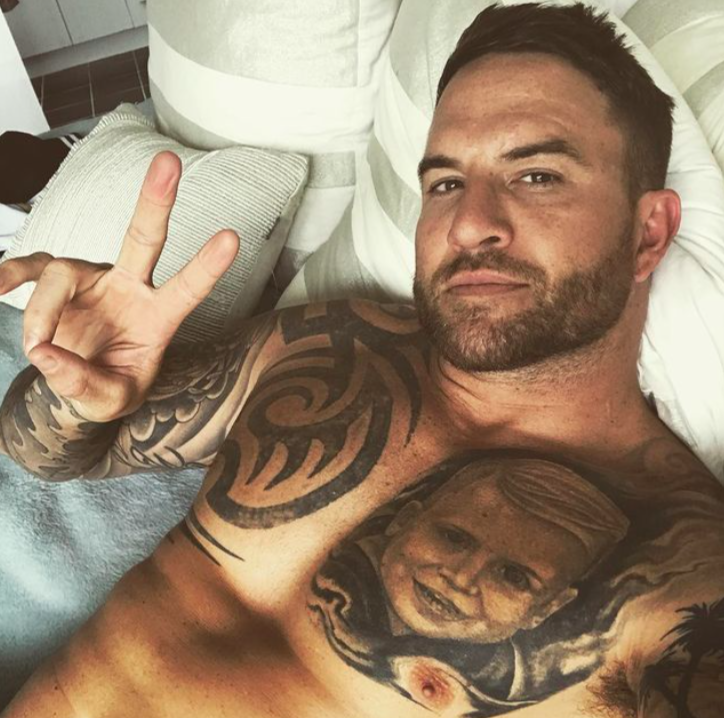 Dan and Jessika’s relationship didn’t last, especially after Dan got upset and claimed Jessika was flirting with Nic. Dan has reportedly got a new girlfriend now.

Married at First Sight Australia Season 6 is available to watch on All 4 now.

Related stories recommended by this writer:

• Quiz: Which Love Island Australia boy would you couple up and have a cheeky pash with?

• Quiz: Which Love Island Australia girl are you?